You are here: Home / About / Second anniversary review

Following the Scheme’s second anniversary, an independent review was conducted.

Open letter from the independent reviewer 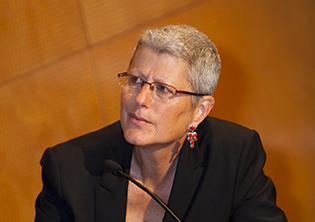 Ms Robyn Kruk AO was appointed to conduct the independent review of the Scheme.

On 14 July 2020, Robyn provided an open letter to tell survivors, support services and government agencies about the Review.

Robyn delivered the final report to the Minister at the end of March 2021.

The Review has now concluded.

Access to the Review report is available on this webpage in the original, as well as an accessible, format.

During the course of the Review, Robyn met with 81 survivors, support services, government agencies and ministers. Robyn received 226 submissions, which provided significant insight into the Scheme, how it operates, and how to improve the survivor experience. The Review also commissioned a feedback study in which 503 survivors, support groups and institutions participated.

The Australian Government has developed an interim response to the final report of the second year review of the National Redress.

The interim response indicates the Australian Government’s commitment to improving the Scheme and its initial response to the Review’s recommendations. This includes actions that can be taken quickly and areas that require further development and consultation with survivors, institutions and other Scheme stakeholders.

It is anticipated that a final response to the Review’s recommendations will be provided by early 2022.

Access to the interim Australian Government response is available on this webpage in the original, as well as an accessible, format.

Redress Support Services are available to assist you